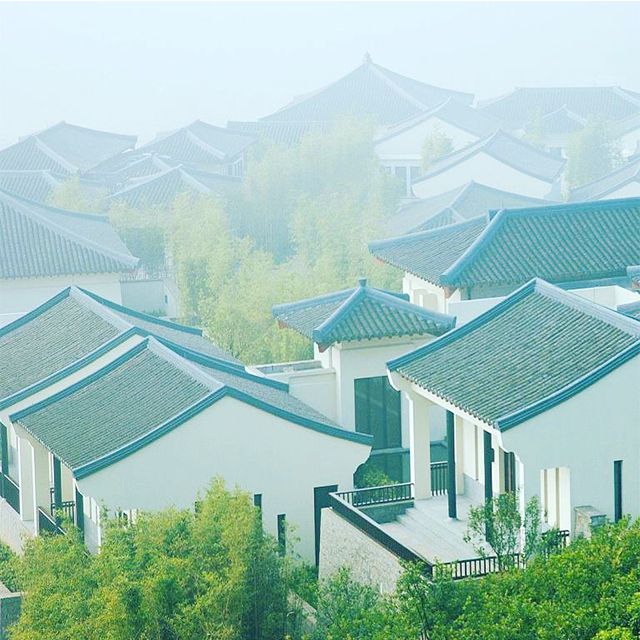 The landscape of the Fuchun river is beautiful enough to drive all the worry and unhappiness in our life away, and it has become the best comfort of the famous Yuan dynasty painter Huang Gongwang in his old age. Enjoy nature, embrace the moon and the sun, nicknamed as the "senseless holy man" , Huang traveling in the rural Fuchun river bank, and the scenery was so hard to forget, he then picked up brush and use ten years to draw the most famous painting Dwelling in the Fuchun Mountains, it was the moment that has become into eternal from this painting. 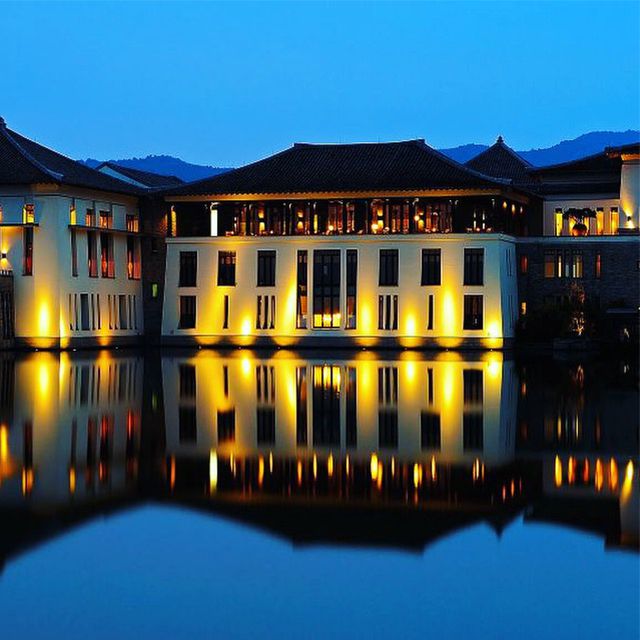 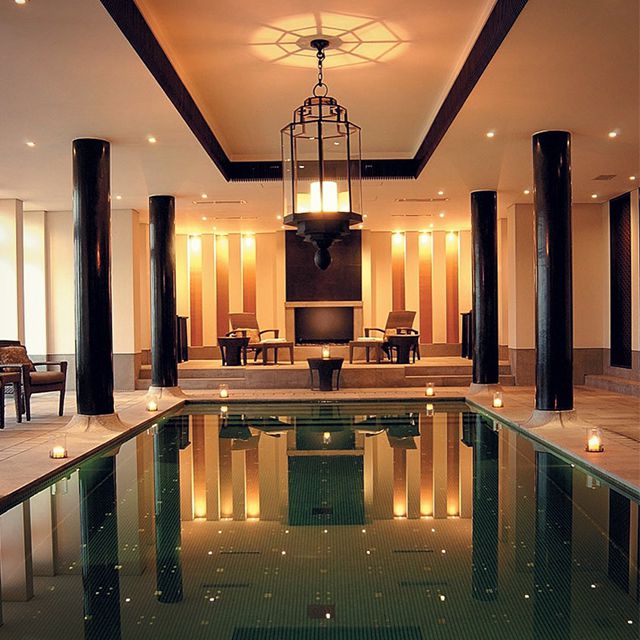 More than 600 years later, Fuchun Resort is just located in Huang Gongwang's secluded place in his old age. The small pavilion that the Fuchun Resort LOGO selected in from the painting Dwelling in the Fuchun Mountains. The pavilion has the meaning of rest and stay, which is in line with the relaxed and tranquil vacation concept of Fuchun Resort. Bring you a feeling of Immersing in the stunning classical Chinese scenery, the beautiful mountain, picturesque village cottages and tea gardens. The charming part of the Fuchun Resort is that you will be able to explore this completely unique paradise on your own. Coming here, you have the opportunity to experience the beauty of the landscape that was with the represents of the most famous painter Hunaggongwang of the Yuan dynasty. 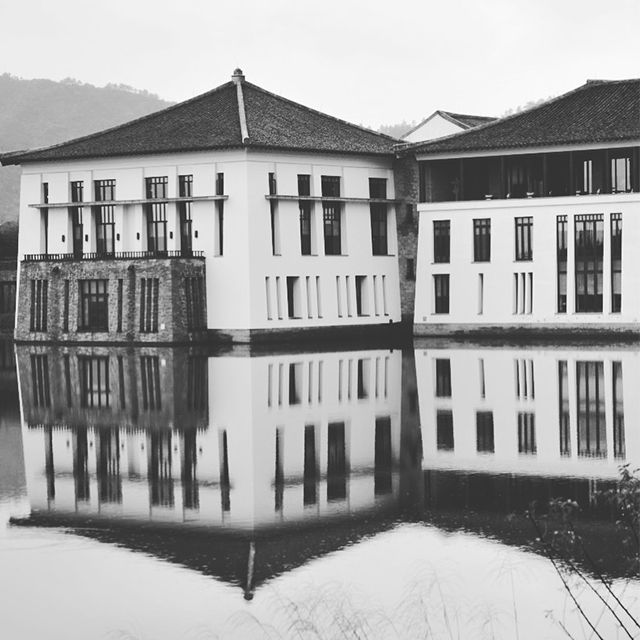 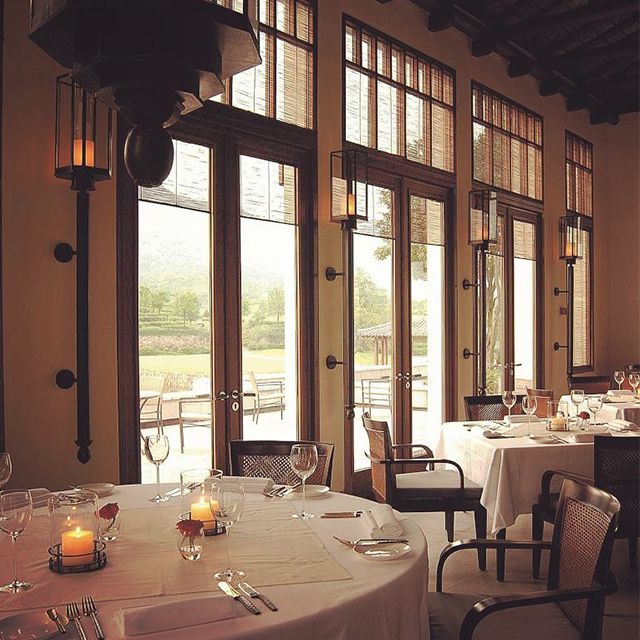 The gross area of Fuchun Resort is approximately 17000 square meters. Hotel main body has a total of 70 hotel rooms, and in addition to 12 lake villas' 19 rooms is 89 rooms in all, if contains 5 Fuchun Villa's  20 rooms, the total number of rooms would be 109. 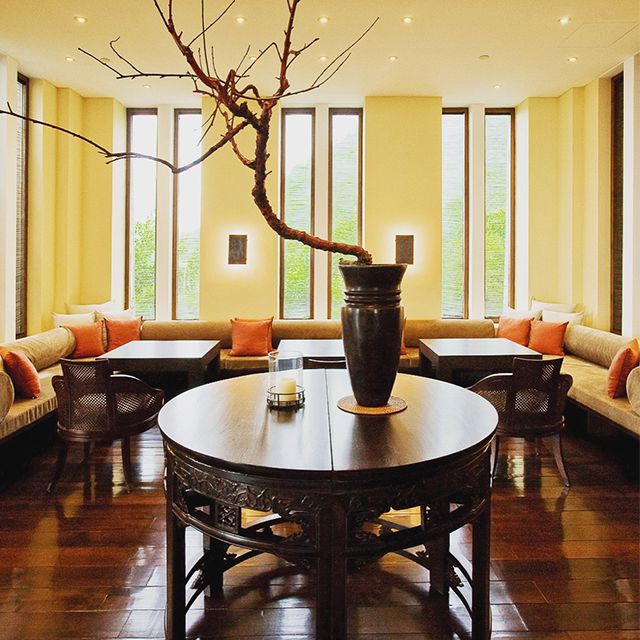 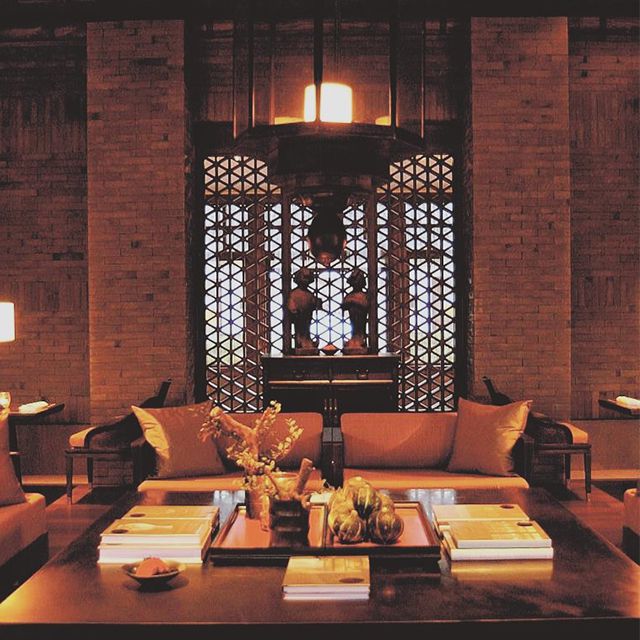 Fuchun Resort is the top level hotel in Hangzhou and the best choice for accommodation. It has been awarded twice be the top level Chinese resort and top-level villa in Asia by the WTA World Tourism Awards. 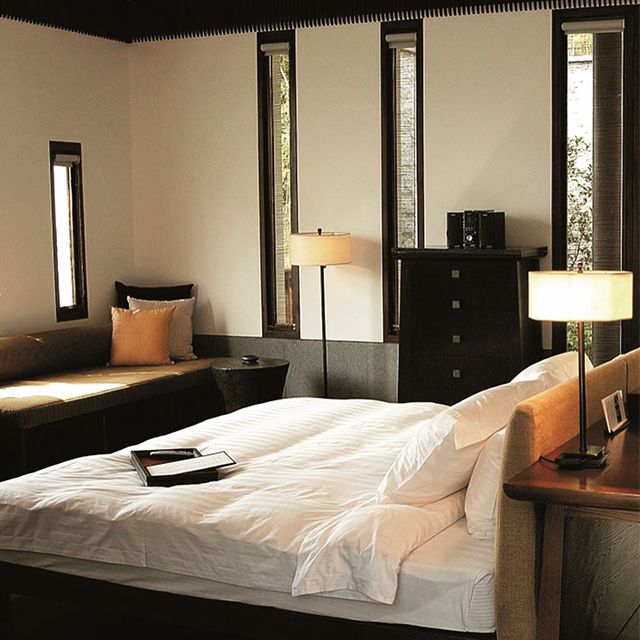 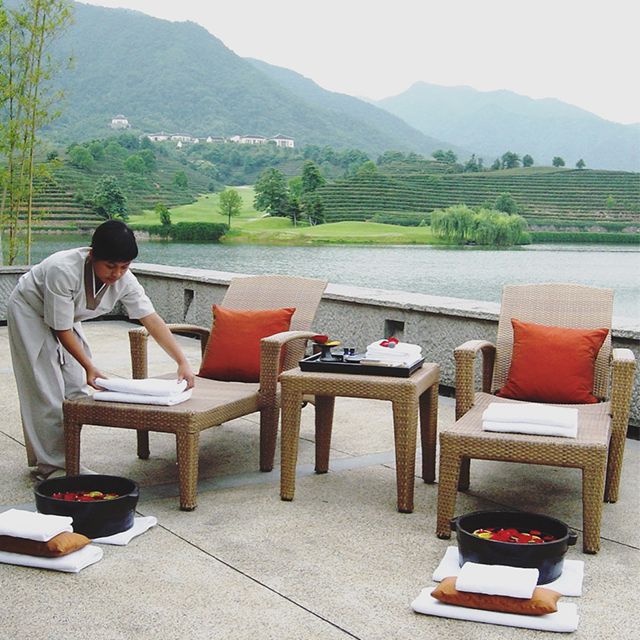 In 2002, International authoritative travel media Conde Nast Traveler rated Shanghai T8 restaurant as one of the Top 50 restaurants in the world

In 2003, GOLF WORLD rated Golf Digest as the [Most Influential Golf course in the World], [China's best Golf course], [China's best new Golf club]
In 2003, assessed by China Golf as the [Best Club Service Club]
In 2003, the villa won the highest honor for building in Zhejiang province Zhejiang province. [High-quality engineering of Qianjiang Cup]
In 2005, International authoritative travel media Conde Nast Traveler assessed Fuchun Resort Hotel as one of the 116 best new hotels in the world
In 2006, Fuchun Resort was honored as China's Leading Resort by the international WTA world tourism award.
In 2007, Fuchun SPA won the award of' the world's top 150 SPA ' by authoritative media SPA ASIA as
In 2007, the ultimate destination for luxury travelers – American authoritative traveling media Andrew Harper, assess Fuchun Resort is the big winner of was the most secretive hotel of the year in 2007.


In 2007 and 2008, the WTA world tourism award twice give the honor of China's Leading Resort and Asia's Leading Villa to Fuchun Resort. 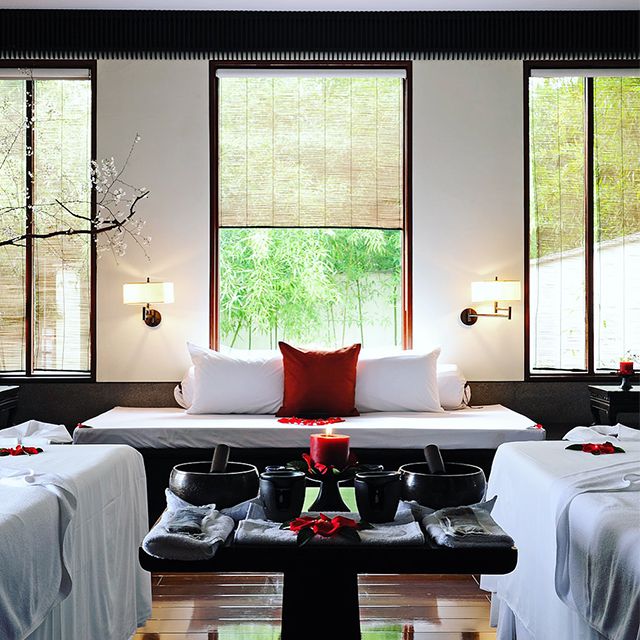 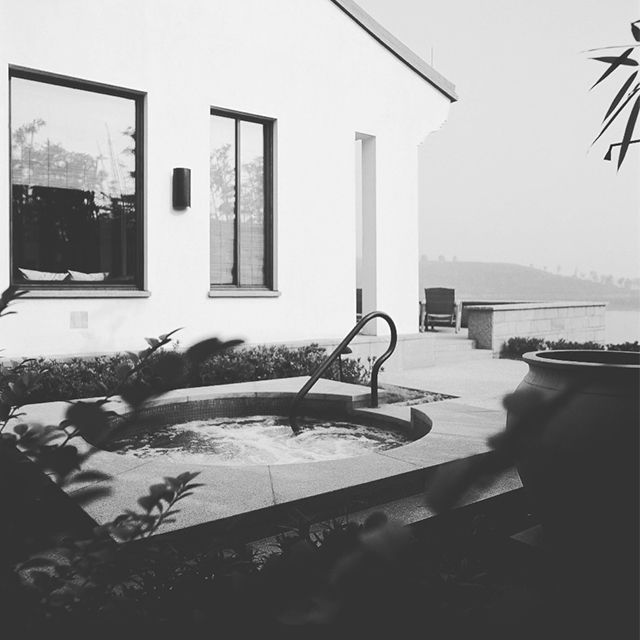 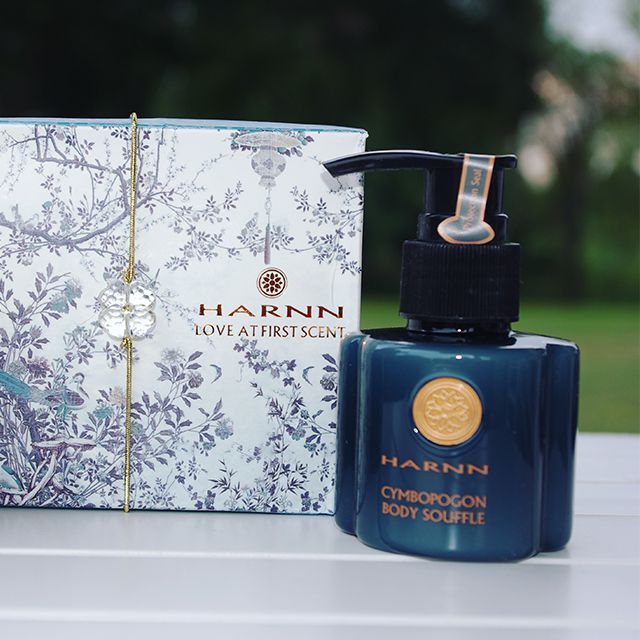 Harnn is an Asian luxury brand of natural body care, skincare, and Spa products. It was founded in Thailand in 1999 by Paul Harn. Harnn inherits the ancients intelligence that has been used for thousands of years in eastern, its brand concept focuses on nature and the physical-spiritual balance and harmony, using the best plant material, and inheriting traditional Asian technology and knowledge, to help people restore the health and beauty. In the developing course of ten years, it has have been spread throughout the world of thirteen countries. And won many outstanding awards every year, such as Thailand's Best Export Commodities Award, the World's Most Luxurious Spa Awards. 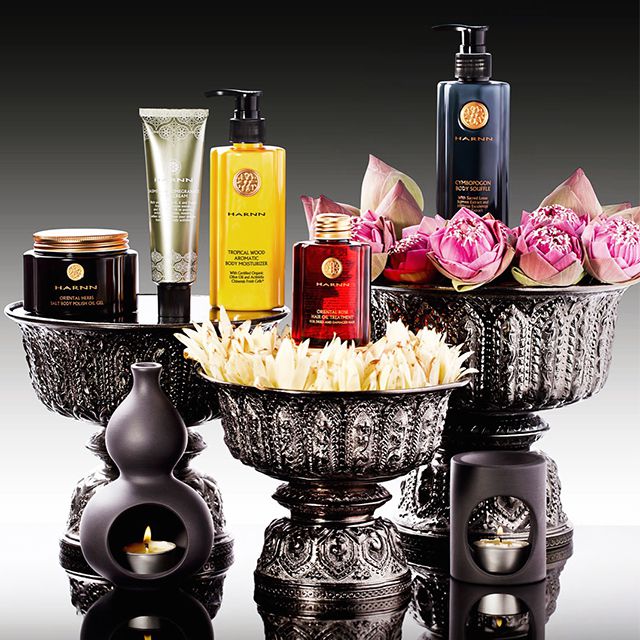 The above mentioned are part of the foreign cooperation cases, cases of the mainland of China is not published